Grinlow in Buxton continues to be my local supernatural hotspot with this photo, kindly sent in by a nice man called Kevin. Visiting for the day, Kevin took this shot of his daughter on the approach to Solomon’s Temple, a Victorian folly that crowns Grinlow’s highest point. Not a particularly unusual image until you spot the monk-like figures behind the tree in the background. After noticing the spectral photo bombers, Kevin searched the web and found my original post about sinister figures at Grinlow. The ascent through the woods to Solomon’s Temple is a popular walk but Kevin mentioned that there wasn’t anyone else around at the time. At least, no one that belongs to this world.

If the photo wasn’t creepy enough, it is a lesser known fact that Grinlow was actually an ancient burial site. As the skull in the local museum will testify, the foundation of Solomon’s Temple is a Bronze Age barrow that contained the remains of a man. The word low is an old English word meaning barrow or burial mound. However, this is only significant if you subscribe to the belief that ghosts are the lingering spirits of the deceased. I’ve never been terribly convinced, especially after my conversation with seasoned ghost hunter Wesley H. Downes although I remain open-minded. 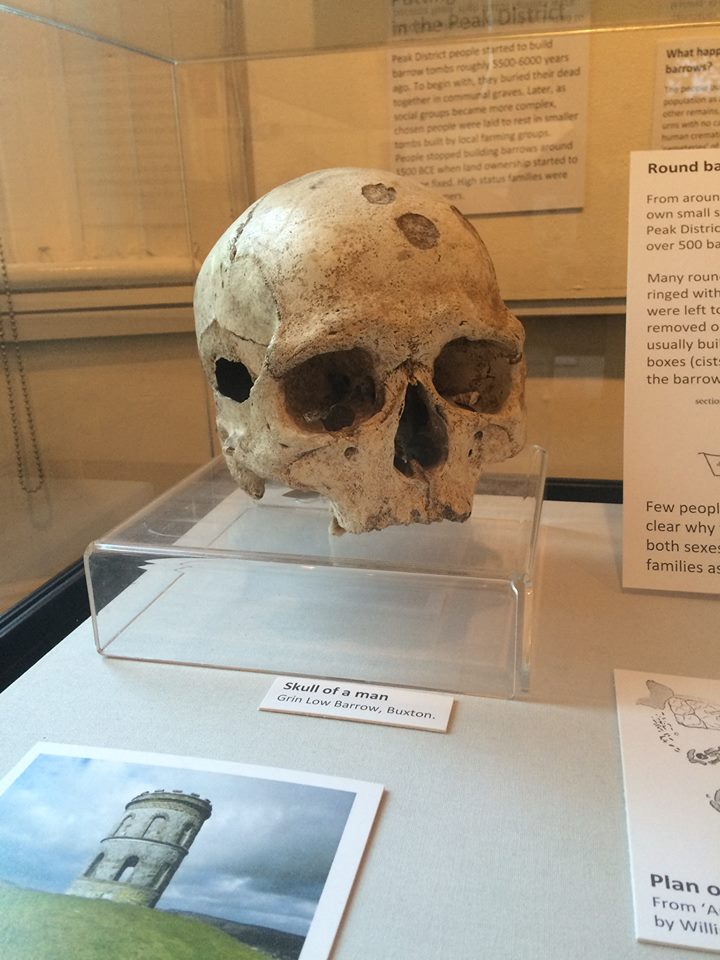