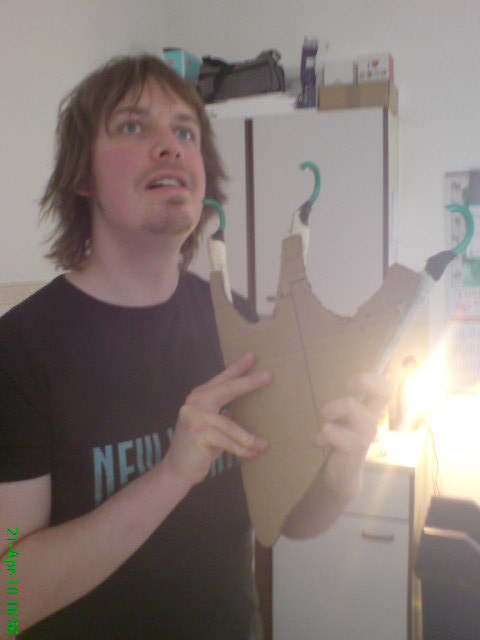 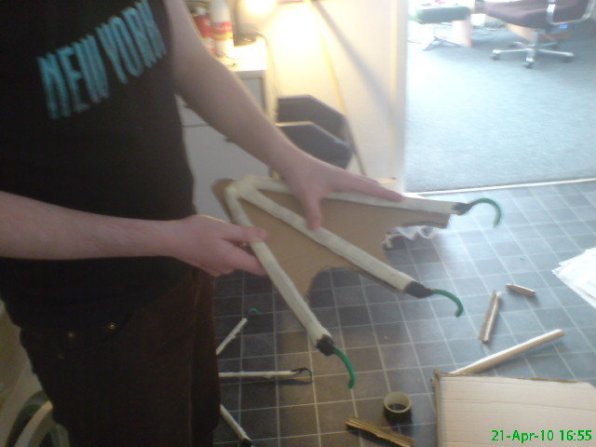 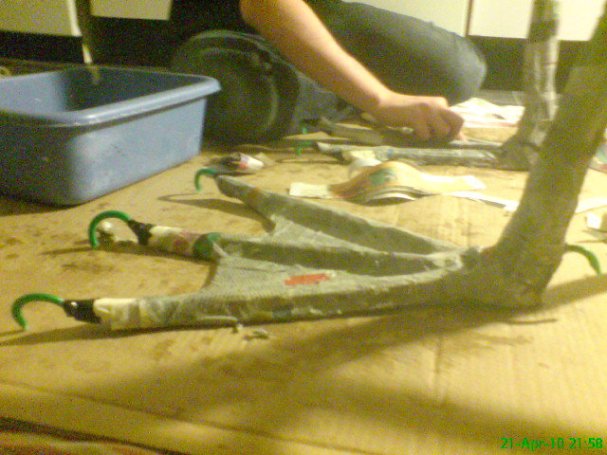 One of the appeals of being a horror writer is creating new monsters. Evil goblins from another dimension, bird-masked serial killers, mind-control Cyclopes, flying blood-sucking snails; creating nightmares is all in a day’s work. All very well but who will oppose this pantheon of terrors? Who will save us from getting chopped up into little pieces and blended in to some freak’s smoothie? In my case, the answer is usually Ray Weaver. 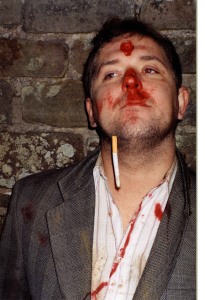 A hero created for my first attempt at film-making The Horror of the Legend of the Night of the Beast, Ray Weaver is a foul-mouthed, chain-smoking, womanising, alcoholic journalist and proud of it. He bumbles from one scene to the next, bemused rookie photographer in tow, on the trail of a mysterious and murderous creature. The story concentrates on the end of Ray’s career and although it was just a bit of fun, I became fascinated with this likeable rogue and set out to explore his origins in my book Hidden Places on Earth. I wanted to know how, when and why he became the world’s leading paranormal investigator, reaching for the booze, drugs and ciggies to cushion the blows. 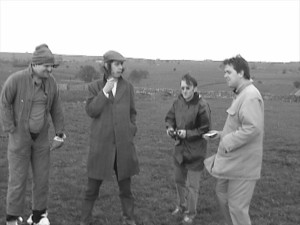 As an original concept on paper, Ray wasn’t much. It was my good friend Anthony Rothwell who breathed some life into the character with his eccentric performance in The Beast (to use it’s much appreciated abbreviated title). Filming Tony doing anything is strangely interesting and comical, even if he’s just doing something mundane like walking down a street. He is equally affectionate towards the character and has kindly provided us with his own insight:

Characteristics of Ray are pretty straight forward. He’s a drunk first and foremost everything else is subsidiary, consequential, coincidental or a curse of luck. Something made him want to be a journalist though and dabbling in the occult has given him the awareness that dark forces are real and are a mainstay effect on the ailments of the world. Something happened to Ray that bent him over a bottle and brought his esteem to where it was at the time of the Beast. But now I’m thinking maybe its a choice thing and maybe it’s a defence too. Who would bother worrying about the compartments of an idiot? 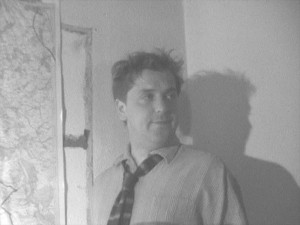 Even though the beginnings and end of Ray have been established, the character still remains interesting to me. After all, there are about twenty years of story in between Hidden Places on Earth and The Beast to tell. I’m working on some new Ray Weaver stories and I hope to team up with Tony again soon to put one or two on film. Talking of which, I’m looking for a creepy old house in the Peak District area to use as a location. If you have a suggestion, please get in touch. I would be most grateful.

Although my collection of short stories Hidden Places on Earth is largely fictional, some of it is based on real-life. Some peculiar experiences of my own have inspired me and two of these happened in the same place: Grin Low Woods in Buxton, Derbyshire. It seems like a good place to commence a series of intrepid reports called Wolfson Investigates. 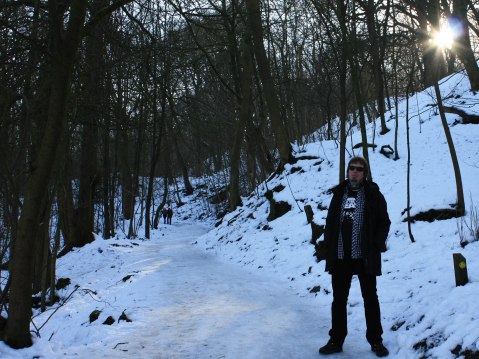 To provide those unfamiliar with the area some context, Grin Low Woods fringe the town of Buxton in the county of Derbyshire in the UK. Home to a spectacular limestone show cave called Poole’s Cavern and a Victorian folly known as Solomon’s Temple, it is popular with tourists and locals alike. Nowadays, it is well cared for by the Buxton Civic Association. 25 years ago, when I was a young man, it was considerably wilder and untamed. Being that awkward age of 16/17 years old when you are somewhere between a child and an adult, the woods were a sanctuary for me and my friends. We could get drunk and mess around and if the local police turned up, as they often did, we could escape into the dark realm of the trees. It was there, one night, when we saw it. 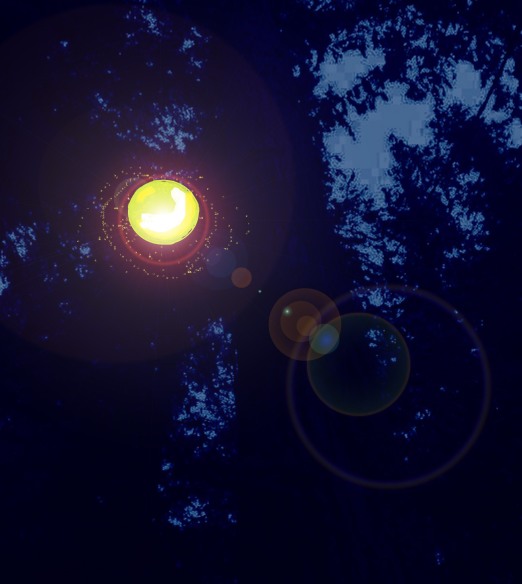 My pals and I were astonished to see a ghostly globe of light dancing among the tree tops. We watched it as it bounced around playfully for a few minutes before vanishing into the gloom. It left us scratching our heads in bemusement. Little did we know that we were witnessing a rare but notorious phenomenon. In the UK, it is commonly called a Will o’ the Wisp or a Jack o’ Lantern but different cultures have their own names for them. They are usually seen in swamps or marshland and, in some myths, are believed to have a malevolent intelligence; luring unwary travellers from the road into dangerous bogs. A more scientific theory suggests that globes of fire are formed by escaping gas. Our Will o’ the Wisp was out of place in the woods but, in hindsight, I wonder if the deep limestone caves beneath them create a similar geological process. I did not think too much of the incident until some years later when I mentioned it to a friend. He retold the tale to his dad, who lives in a house at the bottom of the woods. Apparently, he went pale. He had seen one too! 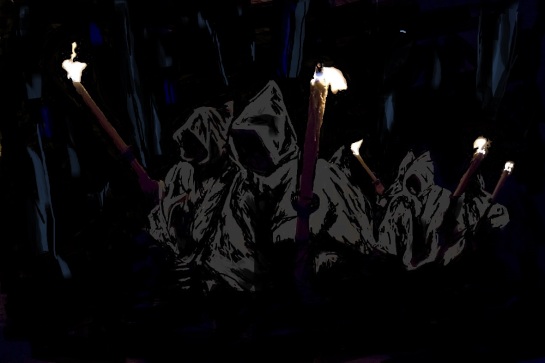 My second experience was less of a mystery, but no less disturbing. During the same period of nocturnal, teenage rambles, my peers and I were surprised to find that we were not the only group in Grin Low Woods at night. Following the main path up to Solomon’s Temple, we saw a long procession of cloaked and hooded figures, carrying flaming torches. They must have seen us too but gave no indication. They merely continued walking in eerie silence. We followed them for a while, frightened yet fascinated. The hooded assembly mounted the Low, free of the treeline to conduct a pagan ceremony on the hills. We finally lost our nerve and fled back through the trees. We noted the solitary bus parked near Poole’s Cavern at the bottom. At least the witches had arrived by conventional method!

I often walk in those woods but it is a long time since I have seen anything strange there. However, those early experiences still linger in my mind and I would still think twice before going there at night alone. If you have a similar exploit or an interesting theory on mine, I would love to hear from you. You can message Darcus Wolfson via Twitter or Facebook using the links at the top of the page. 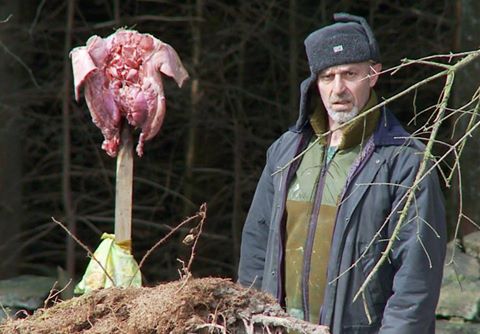 I’ve been working on a short film called Matriarch: Low Life in High Heels. A fictional tale of small town gangsters, the story focusses on a conversation between the crime lords of Buxton in Derbyshire: Danny, charming playboy of Burbage, Mick, provincial ruler of Harpur Hill, Stan, weary boss of the town centre and Dwayne, the nutcase from Fairfield meet up to discuss the mysterious disappearance of their overlord. Together, they face the difficult decision of who will succeed him. Needless to say, established rivalries bubble to the surface and the meeting gets a little edgy. 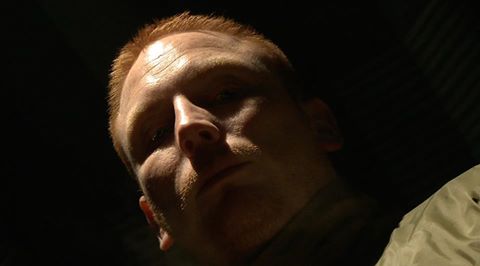 Working with the local abundance of talent in Buxton, I have written the screenplay and left others the opportunity to produce, direct, act, although I do play a minor character called Touchy; a creepy toilet cleaner with a secret agenda (every film needs one). Matriarch features what could be supernatural forces, although they nibble at the edge of the story rather than stomp all over it. Blending the two genres of crime and horror, I have attempted to write a gutsy gangster story that’s also a bit eerie, a cross between Reservoir Dogs and The Wicker Man if you will. 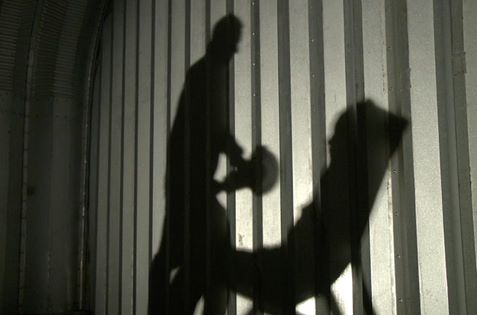 The project has no budget so if you would like to help out, get in touch. You can tweet me or leave a comment on my Facebook page, using the links at the bottom. If you would just like to see Matriarch when it’s finished, watch this space for further announcements, as well as more exciting projects and some real-life investigations into the strange World of Wolfson.